Beijing, situated in northern China, is one of the oldest capitals in the world. It is a global hub for culture, commerce and tourism. Hosting many of the country’s most renowned landmarks, the city is the perfect gateway into China. The city has a dizzying number of tourist attractions and tourists strapped for time may have some difficulty in deciding which places to visit. Those who want to learn more about the city’s culture can try visiting one of the local temples such as the Temple of the Sun or the Temple of Heaven. Those who want to witness China’s modern triumphs can visit the National Stadium, which has been affectionately nicknamed the ‘Bird’s Nest’. Those who want a glimpse of the city’s colourful past can visit places like the Forbidden City, the National Museum of China or the Ming Tombs. 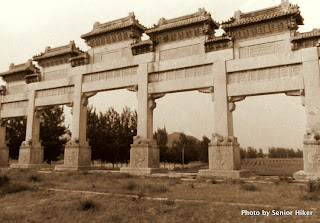 The Ming Dynasty Tombs, usually referred to as the Ming Tombs, is the name of the burial chambers that houses thirteen emperors belonging to the Ming Dynasty. The tombs are situated roughly fifty kilometres northwest of Beijing City. The mausoleums have been well preserved and have become a site of immense cultural and historical significance. The original tomb, the Changling Tomb, was built for Emperor Zhu Di and his wives with the twelve emperors who succeeded him building their tombs around his. However, the Changling Tomb remains the grandest of them all. 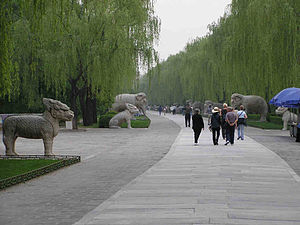 Tourists staying at Forbidden City hotels like the Peninsula Beijing can save a lot of time when it comes to travel. The Beijing hotel is only a short distance from the Forbidden City and other attractions such as Tiananmen Square, Qianmen and the Great Hall of the People.