Fabulous is a city of much diversity and culture. This one of a kind metropolis is a fantastic destination for those who are looking for a unique travel experience full of amazing discoveries and astonishing encounters. While it is no secret that one of the best things about traveling to is the chance to sample its great cuisine, there is much more to see and do as this fun-loving city is studded with a number of great at 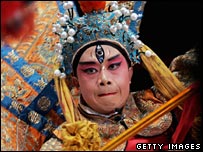 tractions and several entertainment options of the highest quality. What’s more, if you’re lucky enough to be in the city when it’s time to celebrate a traditional festival, the atmosphere around is simply electric.

The Qi Xi Festival is one such occasion which has become increasingly popular among the locals in recent times as the Chinese equivalent of Valentine’s Day. This fascinating celebration is regarded as one of the most important festivals in the Chinese calendar and falls on the seventh day of the seventh lunar month. The story behind this festival is one of romance and it involves a weaver girl and a cowherd. Many versions of this mythic tale have been immortalized by several Chinese writers of the past, making the occasion one of great importance to the locals.

When it’s time for celebrations to get underway you will see young local girls busy themselves with various activities, including traditional forms of art such as embroidery and melon-carving. It is believed that if young girls engage in such traditional practices in this time of year they will be able to find a good partner who will take their hand in marriage. One of the most popular traditional practices that is honored during this time of year is putting a sewing needle in a bowl full of water. It is said that if the needle remains afloat, it symbolizes that the girl is highly skilled in the art of embroidery.

Travelers in search of a hotel in with great service and comfortable lodging should book their stay at Grand Millennium Beijing. Known as a leading hotel in the region, this charming rest will make sure that your holiday is one worth bragging about to your friends.