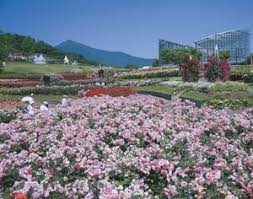 If you are planning on making a weekend trip to Beijing, the six best places to visit would be Tiananmen Square, the Forbidden City, the Temple of Heaven, the Summer Palace, the Ming Tombs and last but certainly not least the Great Wall. Visit these locations and you will find that Beijing is one of the most fascinating destinations in the world where cultural and historic aspects of an ancient civilization merge together to create beauty which is beyond what words can describe.

Tiananmen Square is a large open space which is located in the heart of Beijing where a number of significant national announcements have been delivered, including the establishment of the peoples Republic of China which was delivered by none other than Chairman Mao himself. The world famous tourist attraction which is known as the Forbidden City is essentially a massive imperial palace which has more than 9000 rooms. The Forbidden City is also said to have architectural features which dates back to the Qing Dynasty.

The Temple of Heaven is one of the most interesting places in Beijing simply because it has been the location of the altar where sacrifices were made in the name of heaven, moon, sun and earth. This historic sight is a work of architectural brilliance and is one of the most frequented places by tourists and locals alike. The Summer Palace is a large park where ancient Chinese royalty would visit to escape the routines of aristocratic living. The Ming Tombs are located 50km away from Beijing and is the burial ground of 13 Chinese emperors who ruled these lands. The Great Wall is another must visit attraction in Beijing which is listed as one of the Wonders of the World because of its sheer enormity and structural integrity.

Grand Millennium Beijing is a well reputed hotel in Beijing which in known for its outstanding service. This amazing Beijing hotel offers a host of modern amenities and facilities which sets it apart from competitors in the region.