An iconic attraction in China, Tiananmen Square in Beijing is very much a part of the country’s history and heritage. Dating back to the Ming Dynasty, it offers an enriching experience for those who visit. 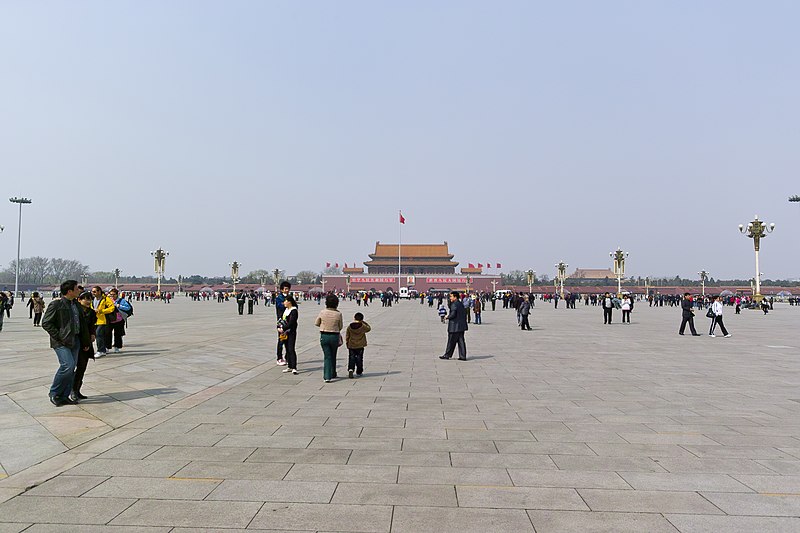 This attraction can be found in the heart of the capital, close to the famed Forbidden City. Around 20 minutes away from Ascott Riverside Garden Beijing, it can be easily reached by taxi, bus or subway. If you are staying at a nearby hotel or service apartment in Beijing, you can even choose to cycle there.

Monument to the People’s Heroes

China’s largest monument, this 37.94 metre structure takes the centre position in Tiananmen Square. Consisting of thousands of pieces of white marble and granite, the monument was built to commemorate those who gave their lives in the 19th and 20th centuries for the revolutionary struggle.

The Gate of Heavenly Peace

Once the front gate of the Forbidden City, this stunning structure has a colourful history and has a huge portrait of Mao Zedong which can be seen from outside. Made up of striking beams and fascinating paintwork this site also features imposing Ming stone lions which lend to its charm.

Constructed in 1977, this hall was built in order to commemorate Chairman Mao, China’s founding leader. Visitors can explore this site where they will find a marble statue of the former leader, learn more about his life and even see the crystal cabinet where his preserved body lies.

Caleb Falcon is a travel writer who specializes in writing content based on the many exciting world adventures that await intrepid travellers. Google+