Ever visited a city under another city? Dixia Cheng is just that! It is an underground city that served as a bomb shelter, connecting a network of tunnels beneath Beijing, China. It has been transformed into a tourist attraction and is visited by thousands a year. Constructed in anticipation of a nuclear war with the Soviet Union in the 1970s, the site reopened in 2000 after renovations.

Covering an area of 85 square kilometres, the underground complex was famous among foreign tourists but was virtually ignored by the local residents of Beijing. A small shop front in Quienmen formed the entrance for most visitors although there are many other approved entrances to enter the sections of the complex where viewing is allowed.

Except for the portrait of Mao standing amidst murals of folk who volunteered to dig tunnels, and almost disappearing slogans such as “Dig the Tunnels Deep”, “Oppose Hegemony and Prepare For War” and “Prepare For Scarcity”. The propaganda posters from the era are unintentionally amusing. The initiators of the tunnel boasted of being able to house all of China’s six million inhabitants upon completion. 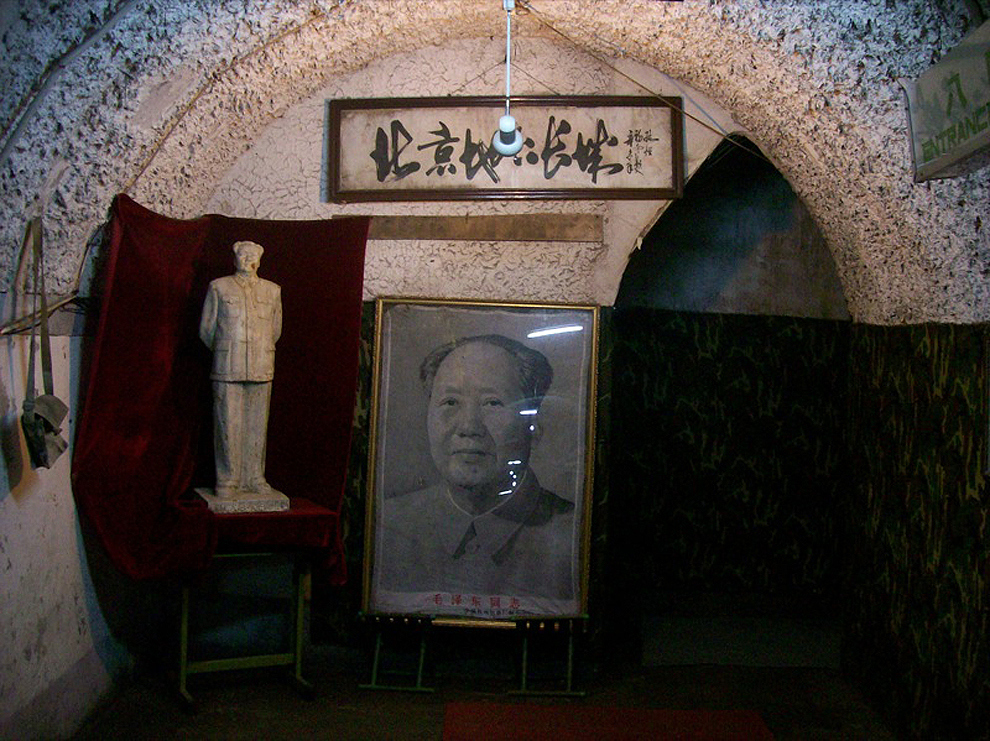 The boundaries of Beijing’s official districts are rather arbitrary owing to the uniformity of the architecture. But the experience that this city offers among the hustle and bustle of the busy city streets is quite overwhelming. It provides a unique insight into the history of the nation and the work ethic of the people who tirelessly created this amazing structure beneath the ground. Ahead of the game in the fast emerging world of technology, the city of Beijing is reputed the world over as an eastern hub for business and technology.

When planning a visit here, it is easy to find a hotel in Beijing offering star class accommodation options. Raffles Beijing Hotel is a Beijing hotel reputed for its impeccable service standards and glamour. The hotel offers an amazing experience to its guests complete with spas, excursions and authentic Chinese cuisine. Located in the heart of the business and commercial districts, a few minutes away from the mystical Forbidden City, the Silk Market and other famed attractions, Raffles Beijing Hotel is the perfect place to reside in as you explore the wonders of the city.