The Gate of Heavenly Peace or the Tiananmen Tower as it is more commonly known is a very important symbol in China and is a must see if one is visiting Beijing, China. 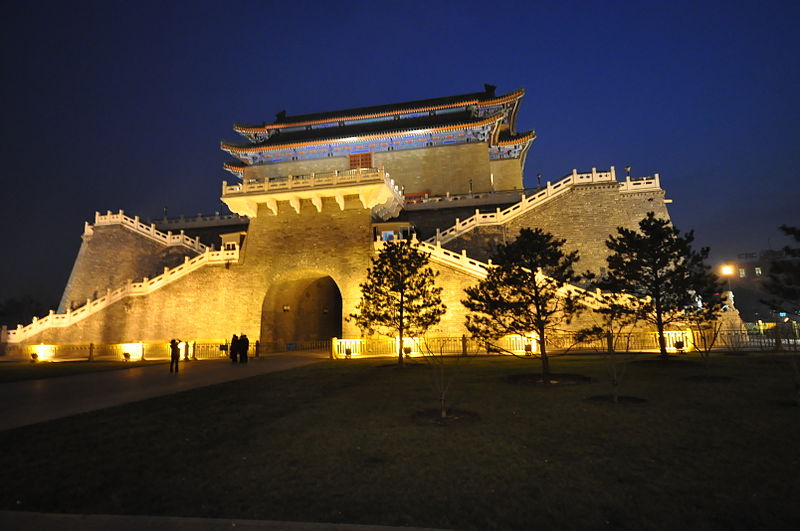 The Tiananmen Tower is located at the northern end of the Tiananmen Square and faces the chairman Mao’s Mausoleum and the People’s hero’s monuments.

The tower was originally named Chen Tian Men, the gate of heavenly succession and was built in the year 1417 during the Ming Dynasty. While the tower has incurred damage and has been rebuilt several times during the ensuing years, Emperor Shaun Zhi of the Qing Dynasty ordered its reconstruction on a much grander scale along with its current name.

The grand structure stands at 113.8 feet high and is in the color vermilion. Covered in yellow tiles the building contains 9 rooms from east to west, with 5 rooms built along the south to the north side.

While there is a heavy security presence around the tower and the square, the area is a very pleasant place to take a stroll and pose for photos. The Tiananmen Tower can be reached on all the major bus routes and three subway stations. It is also easily accessible from many kinds of accommodation provided by entities such as Park Hotel Group, one of many chains of hotels in the Asia Pacific region.

Auburn Silver is a travel writer who has a passion for fashion and a deep interest in admiring new and exotic attractions around the world.