The grand and awe inspiring seat of Chinese power Beijing is the perfect gateway to the exotic and mystical East. The city boasts a mixture of modern and historical architecture, with many attractions for tourists to enjoy. From museums to art galleries to temples and mosques, Beijing has a lot to offer. Tourists on the lookout for a good family oriented activity can give the Beijing Zoo a visit.

The Beijing Zoo was established in the Xicheng district. Spanning over 80 hectares, it is one of China’s largest and oldest zoos. It contains a diverse group of animals, and is well known for its collection of rare animals that are endemic to China, especially the Giant Panda. The zoo also houses other rare animals such as the snow leopard and the Tibetan gazelle, contributing to it being one of the most popular attractions within the city, with over 6 million people visiting annually. 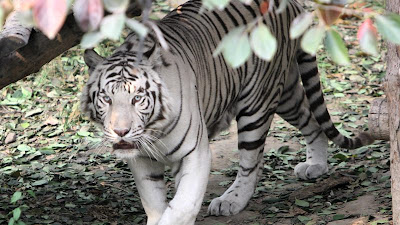 The zoo was founded in 1906, during the late Qing dynasty. The design of the zoo is a reflection of Chinese aesthetics, with dense foliage, long stretches of grass, classical Chinese gardens as well as water features such as ponds and streams, found throughout the place. There are over 30 large halls to explore, each hall focusing on a particular species. The Beijing Zoo also contains a big aquarium, which holds dolphin and sea lion shows. The zoo also functions as a research centre and focuses on rare animals.

Opening hours are between 7.30 am and 6 pm on all days of the week. The metropolis has excellent infrastructure, and visitors wanting to take public transport can get there by using Line 4 of the Beijing Subway. There are also a number of buses that stop here as part of their route. As for Beijing accommodation, one can opt to stay at a luxury apartment in Beijing which will give residents the same quality of service as a hotel, while making them feel as if they were living in their own homes. The Ascott Beijing is conveniently located, giving tenants easy access to the city’s business and leisure sectors, allowing them to have a hassle free vacation.