This rather curious festival Tomb Sweeping Day is a traditional Chinese festival held on the 104th day after the winter solstice. Better known as the Qingming Festival among the natives, it is commonly known by the names Pure Brightness Festival, Clear Bright Festival because of the bright and clear weather that prevails during the period. Also known as the Ancestors Day, this is the day that one commemorates and pays respect to one’s ancestors, taking time off from their busy schedules to visit ancestral gravesites to pay homage to their dear departed.

This fascinating festival well worth a probe falls on the first day of the fifth solar term (usually on the 4th or the 5th of April depending on the lunar calendar) known as Qingming from which it derives its name. Started off originally as the Cold Food festival, the festival took on the form of the Tomb Sweeping Day in the Tang Dynasty when the emperor would present fire to the officials. The emperor would start a fire from which he would light branches and hand them to his officials. By the time they get home the fires will be extinguished and they would put down the branches on the front of their doorsteps. However in the Song Dynasty, candles were used as an alternative to the branches.

This is the time for visiting cemeteries and paying their respect to the dead. During this time, one can see hoards of people kneeling before their ancestors’ tombs, praying, offering flowers, food and lighting joss sticks. They also sweep and clean the tombs and some are even seen carrying willow branches or hanging them on their doors and windows on Qingming Day as they believe that willow branches ward off evil spirits. Another delightful sight witnessed on this day is the multicoloured kites that adorn the skies which take shape of various animals or characters from Chinese Opera Plays. This is a day for families to get together and go on a well earned holiday, enjoying quality time together, taking walks in the countryside, planting willows and just simply indulging in life itself. 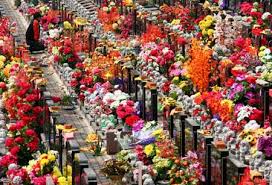 While on this journey of discovery, the visitors may also want to burrow into the luxuries and the unique experience that only a Beijing hotel can offer. Raffles Beijing Hotel is a popular hotel in Beijing that is known to offer its guests with the authentic cultural experience that every ardent culture enthusiast craves for on their travels.