The capital of China, and one of the world’s most developed cities, is Beijing. This developed metropolis is the hub of China’s political, cultural and economic activities, and is also one of the busiest cities in the world. Although transformed into a modern urban city, Beijing is still a great place to witness traditional culture as it is home to many historic landmarks and museums, and is also the site of many world class cultural events which attract numerous tourists.

An annual festival of Beijing which celebrates a traditional symbol of Chinese culture is the Beijing Chrysanthemum Festival. The Chrysanthemum is a flower which belongs to the family of Asteraceae flowers, which are known for their bright colours and beauty. For centuries the Chinese people have grown Chrysanthemums which has resulted in the flower being closely associated with the culture of China. The Chrysanthemum is also one of the ‘Four Gentlemen’ in Chinese folk art.

Usually celebrated from the end of September to the end of November, the Beijing Chrysanthemum Festival is a colourful and grand affair. The Festival has been celebrated for over 20 years and soon gaining a reputation of being an extremely popular event amongst locals. With the cool autumn breeze blowing this time of year, visitors can really experience a unique festival which displays various species of Chrysanthemums in different sizes and shapes. In parks all over Beijing this festival is celebrated, yet some parks celebrate it grander than the rest. Beihai Park, for example, is one of the most visited parks during the festival as is showcases over 20,000 Chrysanthemums! Zhongshang Park is also a great place to visit during the festival as it had many Chrysanthemum displays and flower shows with other flowers as well. Likewise, Tiantan Park and the Beijing Botanical Garden are also great places to visit during the Beijing Chrysanthemum Festival.

With hotels and resorts spread our all over the globe, the Millennium & Copthorne Hotels group is one with a reputation for excellence in service and hospitality. Operating 9 hotels in China, located in several key tourist destinations, these hotels offer a host of services and amenities which will make your stay all the more memorable and comfortable. So if you are looking for Greater China hotels to stay in while on your visit to China, make a reservation with the Millennium & Copthorne Hotels China.

The Beijing International Tourism Festival is an annual festival that is held to commemorate the proud culture and heritage of China. It is organized by the International Festivals and Event Association of China with the presence of many national leaders. Beijing, the capital of China is the main hub of nation’s political, cultural, scientific and educational centre housing many places of historic value and architectural beauty. This vibrant festival has a history running back to 1998 when it all began. With the participation of more than 140 countries, this colourful festival has been a big success every year. 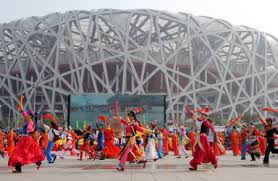 Considered as one of the top influential festivals in China, this event offers a brilliant cultural experience with a pageant featuring performers from around the world. The 15th Beijing International Tourism Festival will commence on the 26th of September till the 30th.

The festival begins with the arrival of participants in the capital and the rehearsal. The beautiful Opening Ceremony is scheduled on the 27th. The public performances are on the 28th and 29th while on the 30th the dynamic festival comes to an end. The groups that represent each country perform two to three programs. The parade also showcases a mesmerizing standing performance in front of the VIP area. If you are heading to the city in order to witness this amazing international event, do not miss a chance to make a trip to the enchanting places the capital is known for such as the Forbidden City, Tiananmen Square and the Summer Palace that will offer you a perfect cultural escape.

Accommodation in this exciting city is seemingly endless with a vast array of hotels in China to tempt you. Travellers could choose from comfortable motels to five star hotels that would pamper you to your heart’s content. Out of the Greater China hotels an ideal option would be a stay at the properties belonging to Millennium & Copthorne Hotels China that will provide you the best facilities and services. This reputed international hotel chain also has properties in the capital which let you explore this city and enjoy the very best it has to offer both in terms of business and leisure.

The Yonghe Temple is a monastery located in the Chinese capital of Beijing. Also known as the ‘Palace of Peace’ and the ‘Lama Temple’, the temple is dedicated to Geluk School branch of Tibetan Buddhism. It is one of the biggest Tibetan monasteries on the planet and is of great significance to followers. The temple’s architecture is quite distinct and combines the Tibetan and Han Chinese styles. Foreigners in Beijing interested in learning more about Buddhism and Chinese culture should consider visiting the Yonghe Temple. 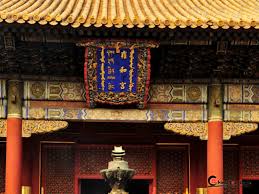 Construction on the Buddhist temple started in 1694, when the Qing Dynasty was in control of China. Its original function was to serve as a residence for the court’s eunuchs. Eventually it was taken over by Prince Yong Yin Zhen, who used it as his court. When the prince finally achieved the throne (becoming the Yongzheng Emperor), the building was partly transformed into a lamasery (monastery). However, it was only after the emperor’s death that the place became a fully-fledged monastery.

The temple contains five halls, and each hall is separated from the other by a courtyard. ‘The Hall of the Heavenly Kings’ is found to the south of the temple. It was formerly the primary entrance into the lamasery. The hall contains statues of the Buddha as well as the heavenly kings. The main hall is called ‘the Hall of Harmony and Peace’. It contains three statues, made of bronze, depicting the Buddha. ‘The Hall of Everlasting Protection’ was where the emperor lived. It currently houses the emperor’s coffin.

‘The Hall of the Wheel of the Law’ is a place where one can read holy scriptures in peace, while the ‘Pavilion of Ten Thousand Happiness’ houses a Buddha statue that is nearly thirty metres in height. In addition to the halls one can find plenty of other interesting things to see inside the temple. It is definitely a ‘must visit’ when in Beijing.

Tourists planning on doing a tour of China can benefit by booking accommodation with a hotel chain like the Millennium & Copthorne Hotels China. This greatly reduces the hassles involved in booking multiple hotels in China. The chain’s range of Greater China hotels enjoys excellent locations and can be relied upon to offer the same standard of service.